CUP OF TULA REGION FOR FISHING ON MORMYSHKA ICE-2019

March 3, near the village of Krasny Yar on the dammed river Sea Cup was held in Tula region for fishing on mormyshka ice. The competition was attended by 50 athletes from Tula, Moscow, Ryazan and Lipetsk regions. Athletes fought in the most severe weather conditions, gusts of wind reached 20 meters per second. All prize-winning places in personal offset took the Tula sportsmen. All winners were awarded not only Cups, medals and certificates, but also valuable prizes from our regular sponsors TM TORVI .

A valuable gift from TORVI was awarded to Kiseleva Tatiana, who in late February became a three-time winner of the Cup of Russia for fishing on a jig from the ice among women and fulfilled the standard of the Master of Sports of Russia.

Congratulations to all the winners! 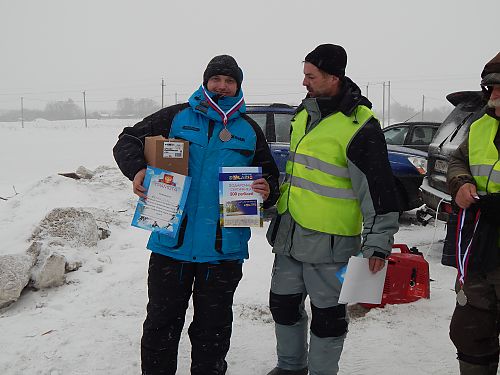